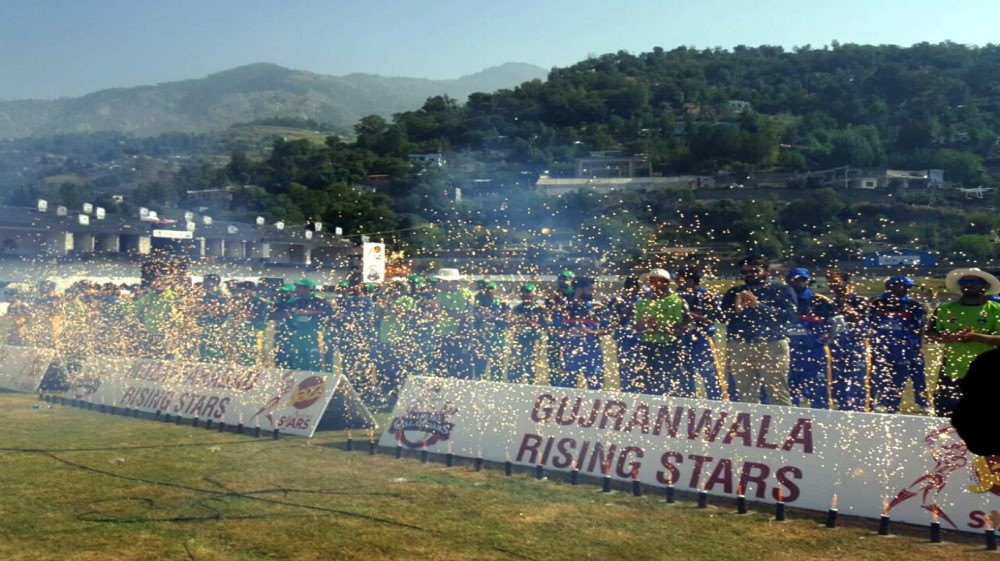 The tournament’s eight teams are divided in to Pool A – Muzaffarabad, Rawalpindi, Gujranwala and Sargodha – and Pool B – Bahawalpur, Layyah, Faisalabad and Lahore. Matches for Pool A are to take place in Muzaffarabad Sports Stadium, while teams in Pool B will play at Gadaffi Stadium, Lahore.

Speaking at the opening ceremony, Ibrar Khan, VP Corporate Affairs – Jazz, said, “Pakistan is a cricket-loving country, and possesses rich talent but lacks the infrastructure to scout emerging cricketers coming from smaller cities and towns. Jazz Rising Stars is determined to showcase this raw talent by grooming and training these players on international standards.”

“With the start of our second season, we have found extremely talented cricketers who are all set to entertain crowds through some very exciting matches,” he concluded.

“This year’s trials for Jazz Rising Stars saw a record breaking 160,000 participants from nine cities. The numbers speak of both the interest and talent in our country,” added Shahbaz Maqsood Khan, Director Marketing – Jazz. “The excitement grows every year, not just for the participants, but also for us, as there is always a possibility of unearthing the next international superstar. Last year’s trials saw the rise of Yasir Jan, an ambidextrous fast bowler who is now training in London. While this year we have found Haris Rauf, a wonderful prospect from Gujranwala who can bowl at 92 miles per hour.”

The top team from each group will battle it out in the final. The winning team will receive a trophy and prize money worth PKR 300,000/-, while the runner-up shall walk away with PKR 200,000/-. The best Bowler and the best Batsman of the tournament will receive a cash prize of PKR 30,000/- each & the Man of the Match will receive PKR 20,000/-.

This year’s trials for the JRS tournament included top talent from Azad Jammu and Kashmir (AJK), while for the first time in years, a tournament of this magnitude is being played in Muzaffarabad.

The JRS initiative is in line with Jazz’s commitment to promote sports as an integral part of Pakistan’s culture and lifestyle.